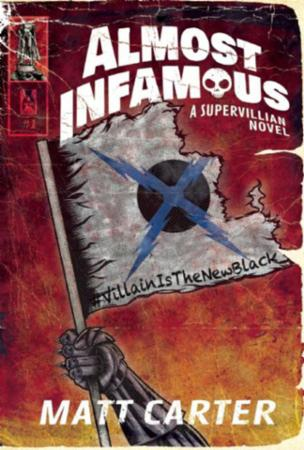 Almost Infamous (Matt Carter (Assistant Professor of Biology, Williams College, Williamstown, MA, USA)): Eighteen-year-old Aidan Salt isn’t a superhero. With his powerful (and unpredictable) telekinetic abilities he could be one if he wanted to, but he doesn’t. He’s unambitious, selfish, and cowardly, and he doesn’t want to have to deal with all the paperwork required to become a professional superhero. But since the money, fame, and women that come with wearing the cape are appealing, he decides to become the first supervillain the world has seen in more than twenty years: Apex Strike.However, he soon finds villainy in a world where the heroes have long since defeated all the supervillains. While half the world’s heroes seem to want him dead, the other half want to hire him as their own personal villain to keep them relevant. Choosing the latter course, Aidan enters a world of fame, fortune, and staged superhero fights that is seemingly everything he ever dreamed of . . . at least until he sees what truly hides behind the cape-and-mask lifestyle.