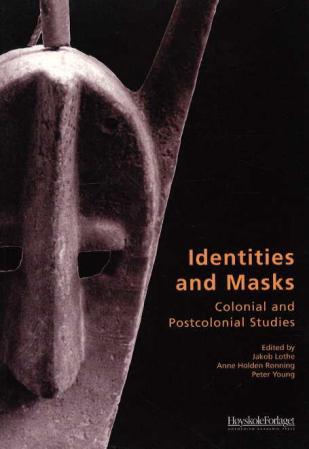 Identities and masks: colonial and postcolonial studies (Jakob red. Lothe): This wide-ranging collection of essays presents studies of colonial and postcolonial texts produced by Norwegian scholars both young and established. Work in this field has been carried out in Norway for more than 30 years, and a growing number of students, teachers and critics take an interest in the varieties of literature in English. The essays draw on different literary and cultural theories and employ various critical approaches, yet most of them discuss the issue of conflicting identities as presented in narrative fiction. All of the essays are written especially for this volume. The book aims to display the diversity of literary and cultural criticism that is being conducted on colonial, postcolonial and multicultural texts. All three editors have a long and varied experience as teachers and researchers in higher education in Norway. Jakob Lothe teaches at the University of Oslo, Anne Holden Rønning at the University of Bergen, and Peter Young at Agder University College.