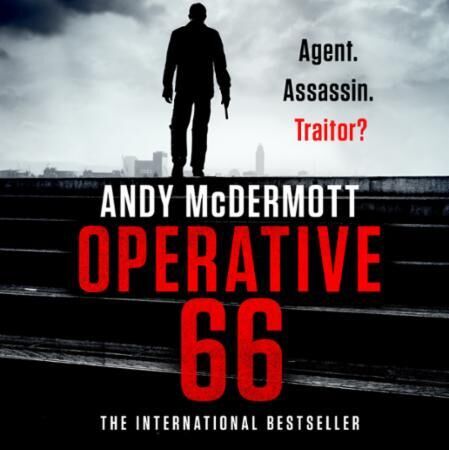 Operative 66: Agent. Assassin. Traitor? (Andy McDermott): EVERY OPERATIVE KNOWS THE RULES. The mission comes first. You are a deniable asset. Betrayal is punished by death.‘Operative 66 is an action-packed thrill ride…twists and turns that will keep you guessing at a blistering pace that never lets up.’ ADAM HAMDY’A writer of almost cinematic talent’ DAILY EXPRESS From the internationally bestselling author of the Wilde & Chase series comes an explosive new thriller - the perfect pulse-racing read for fans of LEE CHILD, DAVID BALDACCI, VINCE FLYNN and GREGG HURWITZ.Alex Reeve is Operative 66. A former special ops soldier and one of the UK’s deadliest weapons, he is part of the secretive SC9 - an elite security service with a remit to neutralise the country’s most dangerous enemies.But now Reeve is in the firing line. Accused of treason, Reeve is forced to flee as his team is instructed to eliminate the ‘rogue asset’ at any cost. Reeve must survive, alone and under the radar, with the full power of the state arrayed against him.He doesn’t know why he’s a target. Or who betrayed him. But if one man has the skills necessary to uncover the truth…it is Operative 66.