Other People's Comfort Keeps Me Up At Ni: With a new introduction by Danez Smith 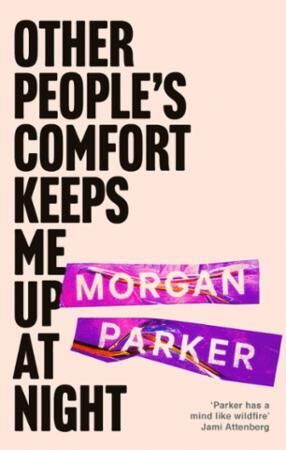 Other People’s Comfort Keeps Me Up At Ni: With a new introduction by Danez Smith (Morgan Parker): From the author of Magical Negro, Winner of the National Book Critic’s Circle Award’Hilarious and hard-hitting . . . it ripples with energy, insight, and searing music’ Tracy K. Smith, author of Wade in the WaterOther People’s Comfort Keeps Me Up at Night - the book that launched the career of one of our most important young American poets - is now in print for the first time in the UK, featuring a new introduction from Danez Smith.The debut collection from award-winning poet Morgan Parker demonstrates why she’s become one of the most beloved writers working today. Her command of language is on full display. Parker bobs and weaves between humor and pathos, grief and anxiety, Gwendolyn Brooks and Jay-Z, the New York School and reality television. She collapses any foolish distinctions between the personal and the political, the ‘high’ and the ’low’. Other People’s Comfort Keeps Me Up at Night not only introduced an essential new voice to the world, it contains everything readers have come to love about Morgan Parker’s work.