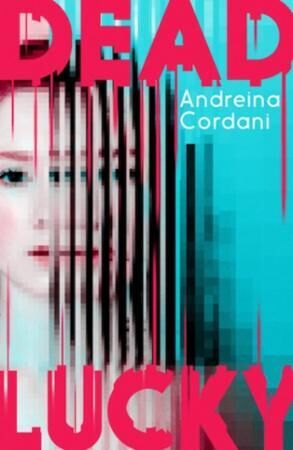 Dead Lucky (Andreina Cordani): Lucky to be rich. Lucky to be famous. Lucky to be alive.‘I loved Dead Lucky. It was gripping, refreshing and wonderfully told: Andreina is brilliant at misdirection, so I had no idea what was ahead . . . I hugely recommend this book to anyone who likes a twisty thriller’ Emily Barr, author of The One Memory of Flora Banks ‘An electrifying murder mystery brimming with intrigue, twists and unforgettable characters. Clear your schedule - you won’t be able to stop reading’ Kat Ellis, author of Wicked Little Deeds and Harrow Lake’Dead Lucky is a glitzy thriller and I felt every high, every low and every pressure. Perfect for fans of Gossip Girl and Karen M. McManus’ Naomi Gibson, author of Every Line of You ————————————————-Ed, Maxine, Leni, Xav.They are the influencers, the lucky ones. Gifted, gilded people who have everything - fame, respect, adulation, more freebies than they can ever unbox. Their lives, loves and feuds are shared with millions of fans on the streaming platform PlayMii, and they are living the dream.But it’s broken Ed’s heart.It’s crushing Maxine.It’s destroying Leni’s friendships. And it’s gone to Xav’s head.Then, a masked figure walks into Xav’s apartment and murders him on camera.As the world reels with shock, Maxine discovers Xav was sitting on a file of secrets about his fellow creators - career-destroying secrets that they’d do anything to keep hidden. And if she doesn’t find the file, she could be next . . .——————————————— —-‘A fascinating look into the world of influencers where things certainly aren’t as perfect as they seem. An excellent cast of believable characters and some jaw-dropping twists - a brilliant read’ Catherine Cooper, bestselling author of The Chalet’Dead Lucky is a thrilling mystery about an influencer who is murdered onscreen, and I absolutely loved it!’ Amy McCaw, author of Mina and the Undead’I haven’t been able to stop reading this wonderful book . . . It grabbed me from the first page and would not let me go’ Sarah Ann Juckes, author of Outside’The details of a life lived online [are] superbly done . . . There’s a thrilling feel of wish-fulfilment alongside the reminders of how fame isn’t all it’s cracked up to be, a touch of glamour and glitter alongside the inner turmoil and external stresses’ Irish Times’Welcome to the cutthroat world of the ‘influencers’. Here, four gilded money- spinners are up to their ears in fame and freebies. Then one gets murdered on camera by a masked intruder and skeletons rattle in cupboards’ Peterborough Telegraph’I didn’t see the Big Twist . . . I was shocked and delighted over how Cordani pulled it off . . . I think this would make a really interesting BBC Three/E4 thriller and fans of One Of Us Is Lying and We Were Liars might want to have this on their radar’ Pewter Wolf