How To Rule An Empire and Get Away With: The Siege, Book 2 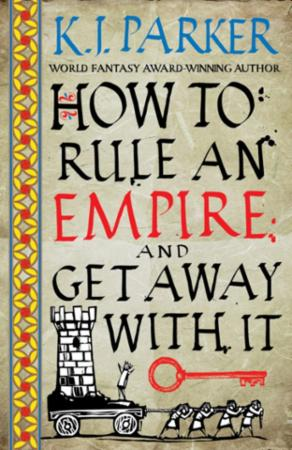 How To Rule An Empire and Get Away With: The Siege, Book 2 (K. J. Parker): This is the story of how the City was saved, by Notker the professional liar, written down because eventually the truth always seeps through.The City may be under siege, but everyone still has to make a living. Take Notker, the acclaimed playwright, actor and impresario. Nobody works harder, even when he’s not working. Thankfully, it turns out that people appreciate an evening at the theatre even when there are large rocks falling out of the sky.But Notker is a man of many talents, and all the world is, apparently, a stage. It seems that the Empire needs him - or someone who looks a lot like him - for a role that will call for the performance of a lifetime. At least it will guarantee fame, fortune and immortality. If it doesn’t kill him first.This is the story of Notker, an occasionally good man and a terrible liar. With razor-sharp prose and ferocious wit, K.J. Parker has created one of fantasy’s greatest heroes, and he might even get away with it.