King Flashypants and the Toys of Terror: Book 3 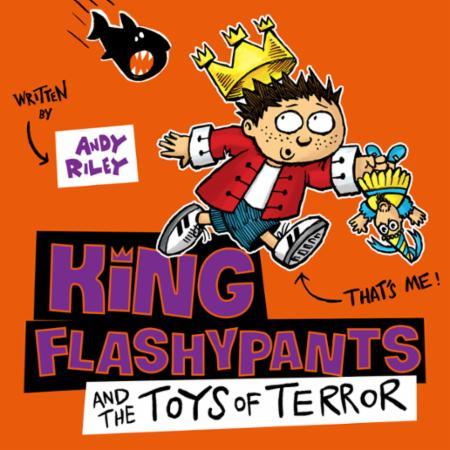 King Flashypants and the Toys of Terror: Book 3 (Andy Riley): “Brilliantly original and hilarious. It’s nearly as good as one of my books.” DAVID WALLIAMS"Two words - such fun!" MIRANDA HART"Beautiful, inventive and laugh-out-loud funny." SUE PERKINSFOO HOO HOO! King Flashypants is back for his third rib-tickling adventure. Something weird is happening in Edwinland - Emperor Nurbison isn’t evil any more! He’s doing stuff like smiling and making toys of himself for the peasants. Is he up to something? Probably. But what can it be?(P) 2017 Hodder Children’s Books